A Christmas contribution from the CHOOOSE community 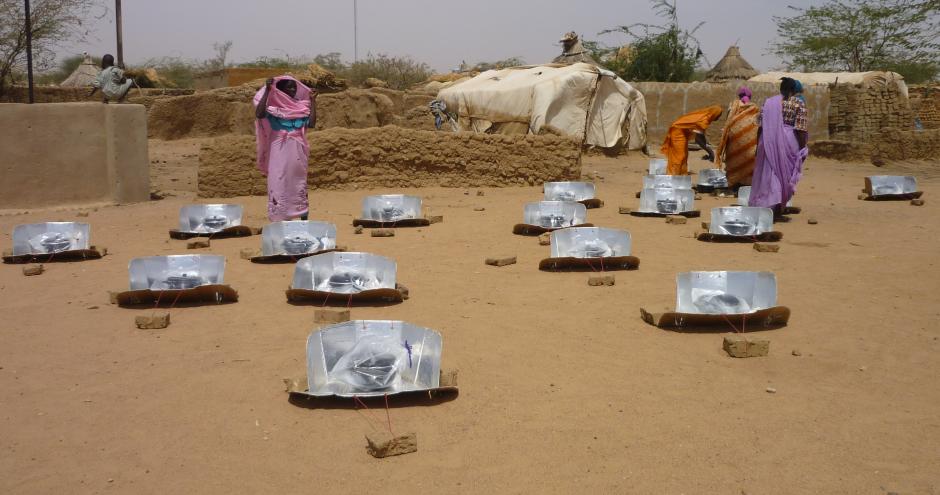 It is the season for giving, and we like nothing more than to support CO2-reducing projects that also support people and local communities! You and thousands of others have made it possible to invest an extra 70,000 Euro into three impactful projects that creates real change. Thank you for making a difference this year!

As you probably know, CHOOOSE only charges a fee of USD 0.99 per month per subscription. This means that we sometimes have a surplus between what you pay and how much the carbon reduction we buy on your behalf actually costs. Now that 2019 is coming to an end, we have carefully calculated all of these ‘extra’ funds from the community and applied them to three handpicked projects.

We encourage you to read on, and really see how your CHOOOSE membership truly matters and can change lives.

Since the war in Darfur, more than 200,000 Sudanese refugees have fled to neighboring Chad, one of the poorest countries in the world. Some stay in refugee camps in the border region for more than 15 years.

One of the many challenges that people face here, is cooking on an open fire. These camps are located in a region with very little firewood available, resulting in women and children having to travel long distances outside the camp just to get wood. This makes them vulnerable to harassment, assault, kidnapping and in some cases they do not return to camp at all.

As a solution to this problem solar cookers called CooKits were introduced to six of these camps across Chad. As a result, women and children no longer have to leave the camp to get firewood, ultimately contributing not only to their safety, but freeing up time every day and improving their health by avoiding smoke from the cookers. This is also of great benefit to our planet and it is estimated that an average of 20,000 tonnes of CO2e is saved annually by the project.

As one solar cooker lasts around two years, a barrier for this project is to guarantee an uninterrupted supply of raw materials for the refugee camps. Income from the carbon credits you are supporting with CHOOOSE provides the means to ensure that the materials and infrastructure are in place to build and distribute new cookers, ensuring the ongoing success of this project. This Christmas, all members of CHOOOSE have directly contributed to reducing 1,691 tonnes of CO2 and providing approximately 2000 new solar cookers to be distributed to displaced families residing in the refugee camps.

To see how the CooKit works and how it provides a huge benefit to the community, check out this video.

The Chikballapur district in the Indian state of Karnataka is an underdeveloped region where a large part of the population lives in poverty. Traditionally, families cook inside on an open fire which causes harmful smoke inhalation. In addition, women spend a lot of time gathering the firewood needed.

Since early 2009, FairClimateFund has worked together with ADATS to provide around 12,000 households with so-called biogas units.

But how does this work?

A micro-biogas plant of 2 cubic meters provides enough gas for a family to cook food every day and to heat water in a safe and environmentally-friendly way. What remains after fermentation is fertile manure. The biogas plants are financed by contributions from the participating families and reimbursed through the carbon credits that you support via your CHOOOSE membership.

Also, the local community organization undertakes various development activities, including in the fields of health, education for children and adults, as well as small-scale lending, agricultural development, and activities to support widows and abandoned women. Through buying carbon credits the CHOOOSE community will contribute to a reduction of 1,000 tonnes of CO2 from this project.

If you like pandas, you are in for a treat. Located in an area renowned for its panda population and subtropical biodiversity, the WWF-initiated Mamize Nature Reserve Cookstove project in Southwest China provides hundreds of clean, efficient cookstoves to people predominantly of the Yi ethnic minority.

But how does a cookstove positively affect pandas?

For one thing, because it protects their home. This project involves replacing traditional wood stoves in homes with more efficient cooking technology. The improved stove can thus save more than half of the firewood needed for daily cooking.

Firewood which otherwise would be sourced from the pandas habitats.

Besides from making pandas happy, the benefits are also many more. By providing a clean, efficient alternative to traditional indoor cooking practices this project significantly improves the wellbeing and life-expectancy of those in the local community - particularly the elderly, women and children. The provision of clean cookstoves leads to less local deforestation as well as improved safety and wellbeing due to significantly less time and effort spent collecting firewood. Through buying carbon credits you, and your fellow CHOOOSE members, will contribute to 1,625 tonnes of CO2 reduction, and protecting vulnerable panda habitats.

To see how this project is actually changing pandas and peoples lives, check out this Youtube film from WWF.

– I love that we can make a difference